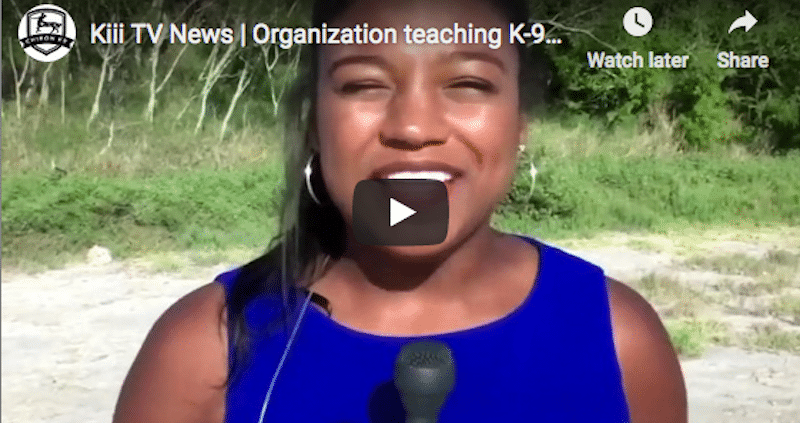 Researchers at the oil spill control school at Texas A&M University-Corpus Christi Monday got a demonstration of one way to discover those oil deposits using a specially trained K-9.
Author: Marissa Cummings
Published: 6:21 PM CDT April 23, 2018
Updated: 6:44 PM CDT April 23, 2018Residual oil trapped underneath the sand from previous spills — it’s a pretty common situation and it can harm the environment.

Researchers at the oil spill control school at Texas A&M University-Corpus Christi Monday got a demonstration of one way to discover those oil deposits using a specially trained K-9.

Chiron K-9 is a program that takes dogs to locations to detect oil beneath the surface. One dog can do what would normally take a team of researchers, and they can do it in a fraction of the time.

The person who knows that best is Paul Bunker, owner of Chiron K-9.

“Dogs can find oil a minimum of three feet subsurface, and this is a huge improvement on the current capability which was humans digging holes on the beach,” Bunker said.

It’s simple. Bunker brings his dog, Nika, to a location and she begins sniffing for oil. She can search up to 20 miles.

“Nika can cover that area very fast and actually pinpoint areas where the location is. That means valuable resources like data collectors and scientists can be prioritized to areas they’re most needed,” Bunker said.

This is incredibly beneficial to Tony Wood. He’s the director of the National Spill Control School and said the oil that gets stranded from spills never goes away.

Thanks to Nika and other oil detecting dogs like her, Wood said researchers are able to flag an area and begin digging.

Want to join the discussion?
Feel free to contribute!