So what is CHIRON (pronounced Shy-ron) and why did I decide to choose that as a company name?

Chiron was the name of a Centaur, a figure from Greek mythology that was half man half beast. But Chiron was different from the unruly and party-goers of his brethren. He was the wisest and most just of the centaurs, nurturing with skills in medicine, music, archery, hunting, and prophecy. He was said to be the discoverer of botany and pharmacy as well as the science of medicine and herbs.

I served for 22 years in the RAVC as a Dog Trainer and wore the emblem of Chiron in my headdress for the whole time. With operational deployments as well as assisting training teams around the world I was grateful for the time and experience the RAVC gave me. It also taught me the basics of dog training, but more importantly, it allowed me to expand outside the box and work on Research & Development projects which pushed my skills to the limit.

So when it came to choosing a name for my new venture, I chose CHIRON! 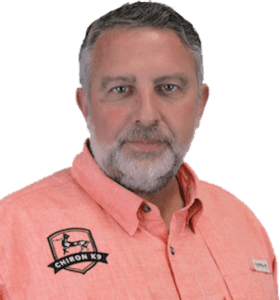 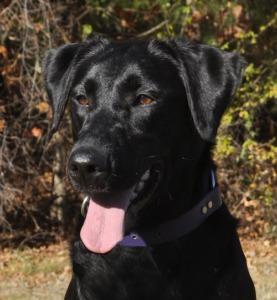 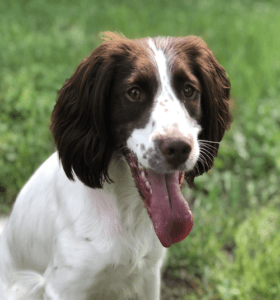